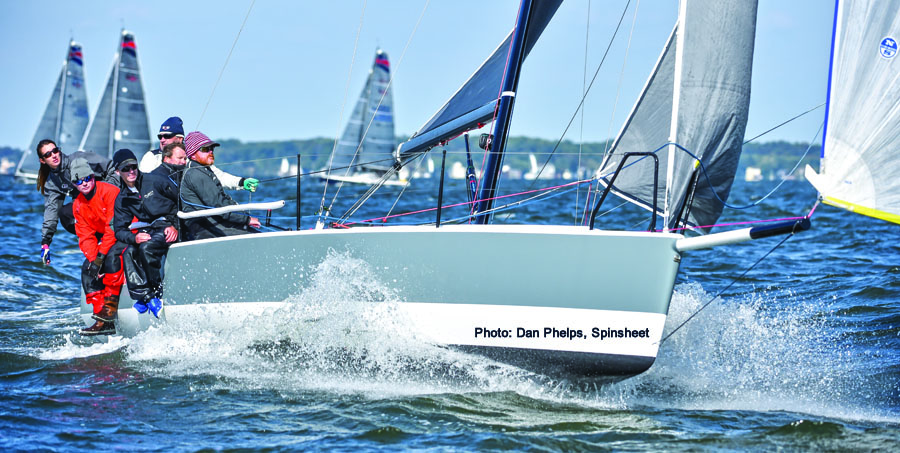 Stagg Yachts is proud to announce it has been selected as class manager and sales representative for the exciting, new Donovan 26 One-Design. This high-performance sportboat is an update on the already successful 26-footer created by renowned yacht designer Jim Donovan.

Mag Marin Composite Yachts of Istanbul, Turkey will serve as builder of the Donovan 26 OD, which will be very competitively priced at under $80,000 delivered to Annapolis. Stagg Yachts is prepared to accept orders for boats that are anticipated to be available in Spring, 2018.

"We're really excited to be bringing this new product to the marketplace, with its quality of build, exceptional value for cost, sportiness and responsiveness we anticipate it being a popular choice for all levels of sailors looking for a fun boat," said Brady Stagg, vice president of Stagg Yachts.

This marks an evolution of the WRace Boats GP 26 that was also designed by Donovan and built by Mag Marin. While the hull, mast, rudder and keel are the same, the Donovan 26 OD incorporates several updates that will further improve the boat's overall performance and standardize it for a one-design rule.

"While we've focused on ensuring great performance we've been mindful of the need to make it user friendly for the many club racers looking for something that's more fun to sail than what they may be accustomed to," Stagg said. "It is designed to be a very stable boat with a deep draft and generous foil surfaces so control in crowded quarters and windy venues can be maintained with ease, while having adequate sail area to ensure great performance in light air – just a great all round boat."

Mike Beasley, an Annapolis-based professional sailor, fell in love with the GP 26 from the moment he took ownership. Beasley has enjoyed tremendous success with his boat named Rattle-N-Rum, capturing the Palmetto Trophy for winning the most competitive class at Sperry Charleston Race Week 2017.

"I absolutely love the boat. I think it's one of the greatest 26-footers I've ever been on," said Beasley, who worked extensively with North Sails designer Per Andersson to refine the sail inventory aboard Rattle-N-Rum. "I always felt the GP 26 had a lot of potential. It's a great all-around boat, very versatile. We've done well in heavy air and light winds. It goes through the range with no problem at all."

The owner of Beasley Marine, who has an expertise in boat modification/optimization, made some minor changes in the GP 26 that produced major results. Many of those upgrades have been incorporated into the new Donovan 26 OD with the most notable being the addition of a square-top mainsail and an inhauler system for improved upwind performance.

Donovan, who cut his teeth with the renowned firm of Farr Yacht Design before striking out on his own, took those ideas and found several other ways to enhance his original design.

"I think the modifications they are talking about with the longer bow spirt and boom are going to make this new Donovan 26 OD a real rocket ship," said Beasley, who has also captured ORC 2 class at the Storm Trysail Club's Annapolis Fall Regatta two years in a row. "This updated version of the boat will plane earlier and simply go faster in all conditions."

Serhad Ciftci, a principal owner with Mag Marin Composite Yachts, said the strength of the GP 26 fleet on the East Coast of the United States is an encouraging sign for the new Donovan 26. Ciftci noted there are eight of the original version boats regularly racing and that five comprised a class start at Charleston Race Week 2016 under the ORC rating rule.

"We have seen very competitive class sailing with the GP 26 and that will only be taken to another level when we develop a one-design class for the Donovan 26 OD," Ciftci said.

Jim Donovan, who has worked for numerous America's Cup syndicates, founded jp donovan DESIGN in 1995. The San Francisco native has been instrumental in the creation of nearly 200 designs ranging from 20-foot day sailers to 130-foot luxury yachts.

Donovan loved the GP 26 from the outset, but realized over time that it had developed "an identity crisis." Was it best suited to racing under rating rules such as PHRF and ORC or was it really a one-design?

"In hindsight, I think the boat was somewhat constrained by the GP 26 rule. Owners in different parts of the country had configured the boat differently so when they came together for a regatta we had to rate them all separately," Donovan said. "That is the main reason why we have decided to develop a true one-design with set rules and class management. We want to nail the boat down and firmly define it as a one-design."

Donovan is excited to have Stagg Yachts coming onboard to help develop the class rule and guide the class moving forward. Stagg Yachts is known worldwide for its steady stewardship of the legendary Farr 40 class and has managed several other one-design classes over the years. 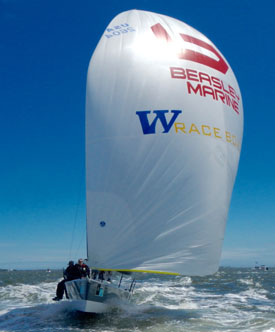